Click the store boxes below for instant access digital downloads for you to print out and enjoy.

You can also find printed Bible studies and journals on Amazon.

Take me to Amazon 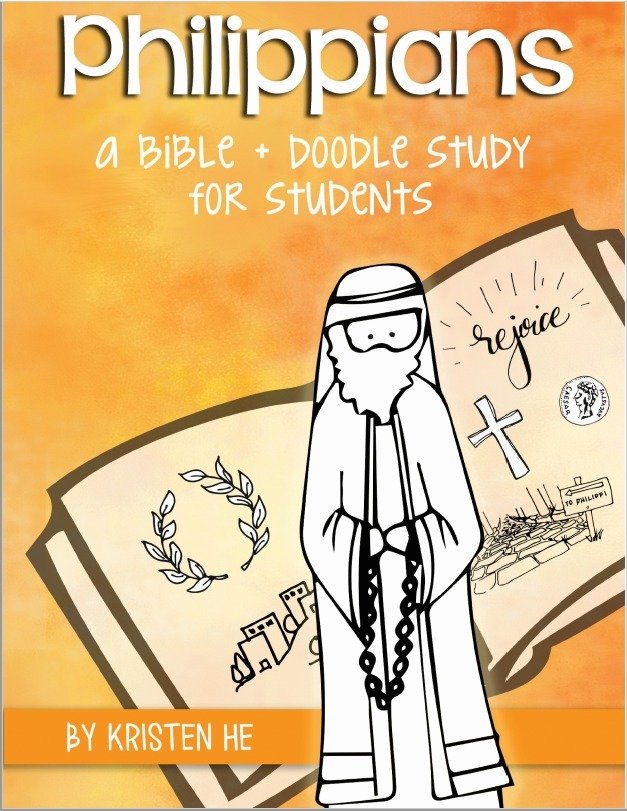 The Apostle Paul has been beaten, abused, shipwrecked, and snake-bitten. After narrowly escaping an assassination attempt, he is falsely accused as an enemy of the empire and arrested. Under the watchful eye of a Roman guard, Paul awaits a trial with Caesar who may sentence him to death. Yet despite their best efforts, Rome’s rulers cannot silence Paul. He bravely puts pen to parchment and writes to the Christians in Philippi who were facing their own set of problems.

Written under such dire circumstances, we might expect a letter full of complaints or cries for help. Instead, Paul’s letter to the Philippians has been inspiring Christians around the world for thousands of years. Rejoice. Press on. Shine like stars. Thank God. Again, I say, rejoice.

In Philippians: A Bible + Doodle Study for Students you’ll read inspired words written to encourage Christians who desperately needed God’s presence and help. Through prayer, study, and doodling you’ll find truths for your life today, no matter what you are facing. You will be encouraged, and your faith will be strengthened. And like Paul, the Philippians, and millions of Christians before, you will discover the secret to lasting joy.

Save this product for later
Display prices in: USD